As the politicians and protesters disperse from Copenhagen , the COP15 climate talks were judged to have ended in a failure to produce any binding commitment to tackle climate change. On Saturday 12th, an estimated 100 000 joined a demo, to be met with repressive policing and mass arrests. The same style of policing continued for the duration of the summit, with hundreds of protestors detained for hours in degrading and inhumane conditions. Whilst the police demonstrated the limits of freedom and democracy on the streets, inside the convention centre western powers and corporations dominated the proceedings, imposing unfair conditions and watering down the already inadequate proposals that were on the table. In London, the Climate Camp which was set up after the 'wave' demo on December 5th, remained in situ in Trafalger Square throughout the summit, mounting a number of actions, including an action against Tar Sands at Canada House on Monday 14th, and a protest against the Danish police on Thursday 17th. Links:
Time Line | Climate IMC | IMC Denmark | iCOP15 aggregated site suggested pic: 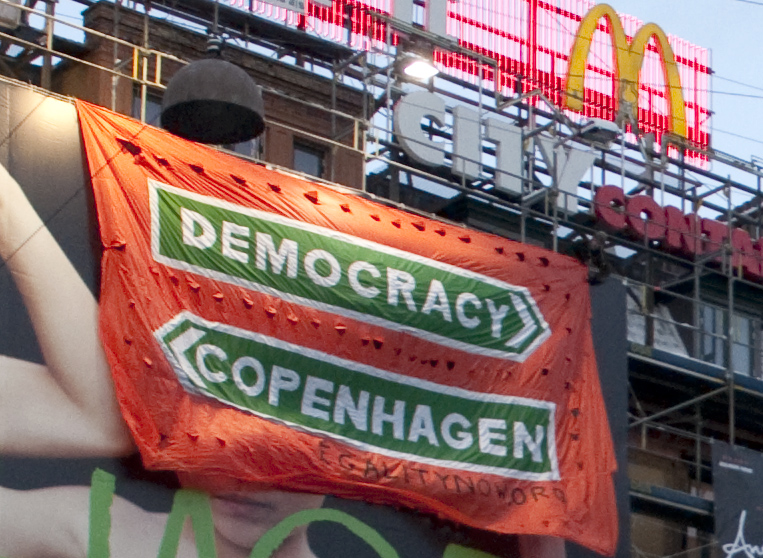